Customers were busy in surfing in the Cyber Cafe, in their respective cubicles. Some computers were placed in open, but they were also totally occupied. A typical rhythmic sound of keyboard strokes was spread around in the Cafe. Everybody were busy, some in chatting, some in surfing, some in playing games and some were busy in sending mails. A tall strong person entered the Cafe. The way he was looking around, he seemed to be totally strange to that place. A staff member was sitting at the reception, playing ‘solitaire’ on the PC kept in front of him. As the staff member sensed the arrival of some strange person in the Cafe, he immediately and very cleverly minimized the game window, and as he came to know that the stranger is not his boss or somebody from boss’s home he again maximized the game window and continued playing. The stranger arrived hovered for some time at the reception and asked the staff,
“ Did Vivek come?”
The staff glanced at him, still continuing his playing, “ Who Vivek?”
“ Vivek Sarkar... in fact he is my friend... and he has called me here..” the person said.
“ I see ... that Vivek... No I did not see him today... in fact he comes daily.... but since yesterday I didn’t see him...” the staff answered, without looking at the stranger.

Anjali was explaining something to Sharwari, projecting something on the screen using projector. And Sharwari was listening her carefully.
“ Sharwari as you insisted to send a mail to Vivek to change his mind, I have sent a mail... But its not just a mail ... in fact I have played a trick... “ Anjali was explaining.
“ Trick?... What type of trick? ..” Sharwari asked, not understanding anything.
“ The mail I have sent... with it I have sent a small software program too” Anjali said.
“ What program?” Sharwari was still unable to comprehend.
“ The program is called ‘Sniffer’ ... As soon as Vivek will open the mail... the ‘Sniffer’ would run...” Anjali was telling.
“ But what would happen if the program runs?” Sharwari asked.
“ The task assigned to the program is to know Vivek’s password.. and as soon as the program grabs his password, it will send it to us through the email” Anjali was explaining in detail.
“ Thats very nice!” Sharwari said with enthusiasm. But the very next moment he thought something and asked, “ But What’s the use of knowing his password?”
“ He is blackmailing me... may be he must be blackmailing some other girls too... or may be we could find something in his mailbox which could be helpful to trap him..... That way right now we are aiming in the dark... But I am confidant that we could find something against him..” Anjali said.
“ You are right... it is possible” Sharwari said.
Sharwari thought for a while and continued, “ We know the enemy... We know his whereabouts... what if... if we hit him before he hits us ?” Sharwari suggested.
“ I have pondered over this possibility also...But he is absent from the hostel right now... we don’t know his whereabouts ... It seems he is not that idiot... we should not under estimate him”
When they were discussing computer’s buzzer rang. Both of them turned their heads at once to look at the monitor and smile crept over their faces. As they expected, it was a mail from the ‘Sniffer’. Now they were in hurry to open that mail. Anjali quickly double clicked on the mail.
“ Yesss!” triumphant word emitted from her mouth.
The ‘Sniffer’ had played its role properly. She swiftly opened the email software and ...
“ This is the mail id and this is the password..” She entered the email id and password.
As Anjali opened his mail account, she clicked few more clicks and pressed few more buttons. And both were looking in anticipation at the monitor.
“ Oh my God.. I just can’t believe” The word emitted from Anjali’s astonished open mouth.
Sharwari was looking at Anjali’s open mouth and the monitor alternatively, trying to comprehend the thing. 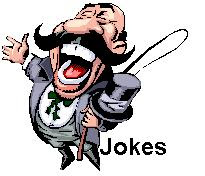