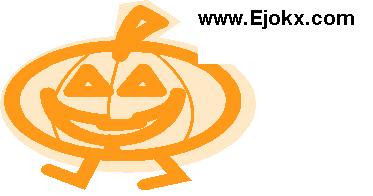 When the constable took away Atul and he was nowhere in the scene, the audience present there took a sigh of relief, and the murmur started among them. Some people were still horrified, while the others were not sure about what was going on. Why Anjali slapped the participant who has bagged the first prize and Why Inspector came there and arrested him? - was total mystery for them. As the murmur went on increasing, Inspector understood that it was now necessary for them to make them aware about the complete case, otherwise the people may go violent. Because Atul was everybody's hero just few minutes ago and Anjali had made him a villain within a second. People were becoming curious to know about who is genuine? - either Anjali or Atul. And it was all but natural.

" Quite ... Quite please..." Inspector said raising his hand, trying to make the audience sit, who were trying to stand and create chaos.

" Nobody needs to fear... this is a case of blackmailing and cyber crime... I personally had worked on this case... And as you all of you knew... Atul has been arrested as one of the criminal of this case"

Still people were not ready to calm down. Therefore Anchor again took the charge of the mike,
" Friends... calm down... calm down please... Our competition was also regarding ethical hacking ... means regarding hacking ... And the case handled by Inspector is also regarding hacking and cracking... therefore I request Inspector sir to please tell us in detail about the case ... so that we could learn something from this case... I request him to tell about how he handled this case?... what were the challenges he faced during handling of this case?.... and lastly how they trapped and reached to the criminals? ..."

" Cyber crime is no more new in India now... Nowadays daily some or the other cyber crimes are reported to us... But during investigation I strongly feel that people had some misunderstandings about the Cyber crimes. The number of misunderstandings they had, more than that they are not confident about the capability of our department to solve these type of cases. They are always doubtful about our capabilities. They think that our force, wearing caps and carrying bamboo sticks, how can they solve the cases of this advanced and technical nature... They did have so many doubts about the capability of our police force. But giving an example of this recently handled case I want to assure people that our department is ready and equally capable to handle the cyber crime cases also. The cyber crimes of similar nature or of different nature are committed daily, and we are capable to handle them with equal competence and confidence, the way we handle the other crimes. But still in some respects we have limitations while handling such cases.. Specifically when the criminal commit the crime sitting in other nation... In such cases the criminal is governed by the laws existing in that country... And then in that case everything depends on how that country deals and co-operate with us.

To avoid Cyber crimes the important thing is that the people using Internet should remain always alert. For an example it is dangerous to provide your personal data like phone number, password, and account number to other parties. Even the personal information like Name, Address, and Photo should not be provided to the other party unless you properly know or it’s a reputed party. We should not use unsafe, unprotected, insecure connections for financial transactions.. Even it’s dangerous to send your private photos over Internet... The case now I am going to narrate would give you a fair idea of how you should be alert while using the Internet ... “

Giving this much information Inspector started to narrate the case, in which Atul was arrested as a principle criminal.