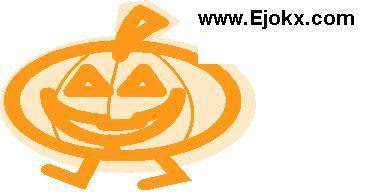 Atul and Alex were staying together in a room. From the condition of the room it seemed that it was a rented room and probably the rent of the room was shared by both of them. In the corner of the room Atul was operating a computer and was busy in chatting, and in the center of the room Alex was exercising. Atul was reading the messages appearing and slowing advancing upwards in the chat window. It seemed he was trying to search a proper partner for chatting. Recently he had invented this interesting way of communicating with people without any formalities, and since when he invented chatting he was becoming more and more fan of this software. Whenever he was free he used to spend hours together on chatting. The most beautiful thing he liked about this software was whether the person on other side is known or unknown you need not waste much time to find the common interests. When we physically meet with somebody first of all we need to bring him or her into your comfortable zone first to communicate. And depending on the nature of the man or woman it may take hours or days together to bring him or her into your comfortable zone. There is no such barrier on chatting. Just send openly what you feel about anybody. If he or she responds, fine, or else find the other partner. He found among the messages advancing upwards, some of the messages were unintelligible or some were vulgar.
One of the messages caught his attention and interest, as the message was different from the rest.

It was a message sent by some Vivek
It might be his fake name or real name ...
He thought.

" I have completed B.E in computer engineering... and right now I am Managing Director of G.H. Informatics... the company owned by me... " The response to Vivek's message appeared in the chatting window.

The sender's name was Anjali.
Suddenly a thought crossed Atul's mind.
Can I make use of this message in some way or the other?...
He was thinking and was checking all possibilities in his mind. And a bright idea might have crossed his mind; at least it seemed from his expressions.

His face was beaming with enthusiasm.

Alex stopped his pull ups and without showing any interest came to Atul, " What is it ... Can't you be quiet at least while I am exercising?"

" Hey come on.. look at the monitor... We can get a bird laying golden eggs.." Atul said trying to ignite interest in him.

Now Alex was looking at the monitor, with some interest.
By this time Vivek's next message appeared in the window,

Followed by this Anjali's response to this query appeared,

" Look this pretty couple, the girl is a owner of software company.. .that means multi million dollars " Atul said greedily.

Again Vivek's message appeared in the chatting window,
" Yes.. I knew it... In fact I had searched it from your mail-id .. frankly speaking ... when you disclosed that you are MD.. in fact an image of an aged lady, around 45-50, came into my mind.. "

Alex read all the messages of Vivek and Anjali visible in the window and said, " But what we need to do?"

" That you leave it to me... only I need your support" Atul said, stretching his hand before him.

" How much money?" Alex asked the real question.

" Don't worry we will play in millions " Atul said trying to encourage him.

" Millions ?" Alex said holding Atul’s stretched hand firmly, " Then I am ready to risk my life too"

" You haven't told your age yet'' Her messaged appeared in the chatting session.

The reply came with equal promptness, " I have provided my real age in my mail-id information... "

" You know... 23 years is very vulnerable age... the girl of this age in love can do anything" Atul said darkly smiling.