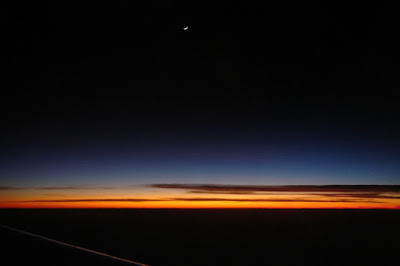 Chapter 1 verse 7 - the only Witness

You are the only witness of this world,  and  always free. Your only bondage is your understanding of the seer to be someone else . ॥7॥

we are the only witness of this world, the claim difficult to digest. To elaborately explain this fact, we have to understand first of all our dream state. In dream state a whole world is created from our single mind. In dream one of the character is us. Every character behaves unpredictable to one another though these all characters arise from the single mind. Unless we get up and our dream is broken we don't have any way to understand that the whole stage, all characters were made up from our single mind.

In the same way in the waking state, we have stage, characters and in the similar fashion they behave with each other in an unpredictable ways. One of the character of the whole drama is us. If we claim that all this stage, characters and drama is created from the single mind, which we call as universal mind. The mind which bind the whole world, whole universe, whole bramha together. And interesting thing is that there is no way to prove this wrong.

Once we understand this, we are convinced by this that " I am that I am", we becomes free, we experience the freedom of non-attachment to anything, which is been witnessed. The witness is the consciousness and the one which is witnessed is made out of five elements of Earth, Fire, Water, Air and Space. And the essence  of all this is the consciousness, a common thread passing though all the worldly jewels.

The only bondage which prevents us, which stops us from experiencing the ultimate freedom is that, we misunderstand with that witness. We think that witness is somebody else other than me. And when we look at that witness as somebody else than we, we look for everything to that imaginary witness, which we mistakenly call as "God".

Email ThisBlogThis!Share to TwitterShare to FacebookShare to Pinterest
Labels: bible, bondage, enlightenment, God, healing, health, I am that i am, Spirituality, tradition